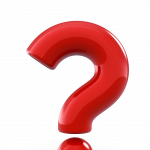 SomeRandomPersonAccount, SRPA or Syrup joined the PPC on 11th March 2019. He is a Chinese Singaporean and was born in 2005. He currently does not have permission. SomeRandomPersonAccount is a Scout and his parents were scouts too. SRPA has an older brother that he loathes and a cat called Stripe. He was kicked from the PPC Lounge once in October 2019. Syrup is now trying to behave for once. But then he had “a memory lapse” and kicked himself out accidentally in March 2019. Random did stupid s#@t again on June 2019, so we might not see him soon.

He hopes to become an Electrical engineer, after watching ElectroBOOM Videos. He has an obsession with question marks. But Random hates math so he might become a Historian instead.

SRPA plays Warframe on his Switch. His in game name is literally SomeRandomPersonAccount. His favourite game mode in TF2 is randomizer, because he likes to see graphical glitches.

Sorry, but my real name is a secret for now…

Warframe: Mag is my favourite Warframe. Polarise sends everyone flying. Shotguns are my favourite weapons in the game.

Mario: Mario Advance 4 is my favourite game. Except that it’s… pirated.

Star Wars: If I was a force sensitive, I would probably be a Sith. I also would want a red lightsaber.

Pokémon: I still don’t like Sword. Fight me. You will use a sword while I use a shotgun.

What do think I am? The head of the CIA or Secret Service? Shoo! Scram! Vamoose! Get out!