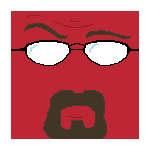 PoorCynic (or PC, if you wish to be informal) is a freelance cinematographer, video editor, and aspiring author. He came to the PPC in April of 2010 looking to improve his writing skills and skewer a few badfics.

When he isn't busy with his film projects or working on his writing, PC is usually sculling the internet looking for something shiny to catch his eye. His fanfic recommendation page may be found here.

If you wish to use any of them in your own PPC works, please ask permission first.

PoorCynic is available as a beta-reader. He specializes in the following fandoms, but is also willing to check SPaG and dialogue structure of any text. Send him an email at poor cynic AT me DOT com (editing in symbols where appropriate), or leave him a message on his talk page. Response times may vary.

PoorCynic has recently started holding workshop/rant/things on the Board. The text from these posts can also be found on his blog.

Retrieved from "https://ppc.fandom.com/wiki/User:PoorCynic?oldid=55879"
Community content is available under CC-BY-SA unless otherwise noted.