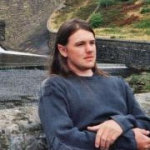 Huinesoron is the fool responsible for the creation of DOGA, the DW, the DIS, DES and DIO, and several dozen agents in various departments. He is the primary reporter of the DOGA, DW and DIO missions, and is also the chronicler of the events of the Reorganisation and Crashing Down. And... well, y'know, keep reading.

Huinesoron is currently engaged in Huinesoron's Great Read-Through. This will involve reading each page on the Webplex, correcting errors, updating anything which needs it - and adding it to the Wiki where needed as a reference or link. So that's going to take a while.

Huinesoron has what have been described as 'one heck of a lot of agents'.

Note that the marking system itself is outdated. The following mark is not, however:
(f) indicates a page which has been worked up to complete & fully referenced during the Great Read-Through.

Agents are also marked by their status (active/retired/deceased/etc), their previous department (if they are better known there) and, where appropriate, their original author.

Department of Out of Character Hobbits Edit

Quite a few agents on the above lists have been adopted under vaguely suspicious circumstances, either because they are key characters in their departments, or because they have appeared in stories with one or more of Huinesoron's other agents. Should the original authors return, Huinesoron will quite happily return them, undamaged and in no more than three pieces.

He also occasionally uses Jay Thorntree and Acacia Byrd, but claims absolutely no right to or responsibility for them.

Huinesoron's Agents page contains links to the chronicled missions of:

In no particular order:

In no particular order...

Retrieved from "https://ppc.fandom.com/wiki/User:Huinesoron?oldid=59916"
Community content is available under CC-BY-SA unless otherwise noted.