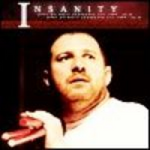 Herr Wozzeck is a Boarder who joined the PPC Board in April of 2011. Insanity ensued.

Herr Wozzeck is a graduate student at a school in Cleveland. He's currently earning a degree in composition there, but sometimes he can be seen down in Miami.

He's a bit of a gaming nerd, but he's also extremely proud of it. However, he's probably nerdiest about 20th century classical music, and he tends to geek out at that kind of thing. He tries to reconcile his two halves constantly whenever composing, though it typically ends up meaning that half the music he writes is about stuff that goes down on the internet.

As a fanfiction author, Herr Wozzeck has seen some success, and has been writing since he was 15 years old. He's perhaps most well-known for his Mass Effect self-insert saga titled "Mass Vexations," which many people consider one of the few decent-good self-inserts on that website. It also arguably kicked off the Mass Effect self-insert trend that's taken over many authors of the fanfiction.net portion of that fandom. He has written other stories, but he has a bad tendency to leave dead fic with every other saga he writes. He's particularly fond of AU and well-done self-insert fanfiction. Thankfully, in most Bioware fandoms he gets a good amount of both as it stands, so he doesn't leave that disappointed.

Herr Wozzeck is a speed demon when it comes to writing: he is known amongst other things for being extremely prolific and consistent with updating his fanfiction.﻿

Lately, he has also become a regular contributor to an MST blog under the title of the Library of the Damned.

Retrieved from "https://ppc.fandom.com/wiki/User:Herr_Wozzeck?oldid=42466"
Community content is available under CC-BY-SA unless otherwise noted.