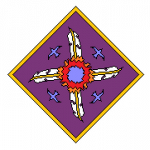 This is Zingenmir's page! Zingenmir was called DawnFire until January 2017, when she decided it was high time for a change. The phrase zingen mir is Yiddish, and has the literal meaning "we sing" or "we are singing." Unsurprisingly, Zingenmir is very fond of both Yiddish and music, and sings quite a bit.

Zingenmir became a Boarder on January 13, 2013, and got Permission in March of the same year. She is also a Permission Giver as of March 2017. For a list of her stories, see the end of this page.

Zingenmir's Plort persona is Baron Eshakhar. Her wiki page and arms can be found here.

Zingenmir's list of fanfiction recommendations can be found here. Check back every once in a while—it grows.

Zingenmir discovered the PPC in 2008 or 2009 (possibly via OFUM), but didn't know that the Board was still so incredibly active until late 2012. She owes a lot of her ideas about writing to the PPC and to the Canon Protection Initiative in general. Because of them, she learned about Mary Sues, common story plots, rules of fanfiction, rules of writing interesting characters and stories, hallmarks of good writing, and probably a lot more.

Interestingly enough, it was a Mary Sue parody fic that made her look them up again. She wanted to ask the possible three active Boarders for permission to confuse some PPC agents in an outtake. Instead, she found a community about a hundred strong, and some new friends.

Zingenmir is one of the on-again, off-again Boarders, as dictated mainly by such things as her offline schedule. She gets into things like the Badfic Games, the Shipfic Fest, and April Fool's Day, and also runs a semi-annual Purim RP on the Board. She has released more co-written stories than anything else, but hopefully that will eventually change!

It is important to note that, in dealing with a badfic, the high points should be praised, the faults explained, and the terrible points ridiculed. This last is to aid the continued sanity of the writer and the agents.

Zingenmir discovered Deleterius around the same time as finding the PPC, and spent rather a lot of time there reading (and, occasionally, commenting under the screenname Brightshadow). She has since launched a project to archive the dissolved community, which can be found here. If you have any material you want linked or reposted, let her know.

Zingenmir is also writing an OFU for the Avengers 'verse together with the wonderful Karen DuLay. It's been in progress for a while, but will hopefully near publication in the next few years! Its current iteration (it went through a major change or three) is pretty cool. It's also the thing that first brought the two authors together as friends, which might make it even cooler depending on your viewpoint.

Zingenmir has an account at Archive of Our Own. It currently mainly hosts backup copies of some of her PPC work, but there's also some fanfiction there.

Zingenmir also has an account on Fanfiction.net, which can be found here. Most of the stories there were written in 2009 (which isn't to say they're bad, just that they're older and a bit different in style). None are currently being updated, though that may eventually change.

Under construction, I'm afraid. It's going to be cool, though! And probably wind up on its own page, once it's done, given it's likely going to double the length of this page. (And yes, this is something I started ages ago, back when hS put up his SorTable. Projects move slooowly sometimes.)

Some dates are approximate, so as to keep stories in chronological order; see the top of each story for precise details.

Retrieved from "https://ppc.fandom.com/wiki/User:DawnFire360?oldid=63355"
Community content is available under CC-BY-SA unless otherwise noted.