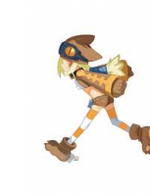 First heard of the PPC while on an extremely strange internet tangent. The quest consisted of 'Metal Gear Solid: The Twin Snakes', the Caramelldansen phenomenon, The Lucky Star anime, Lucky Star fanfiction ( the only logical next step to watching a show), a vague reference to The Anti-cliche and Mary Sue elimination Society, and finally a jaunt into the depths of TvTropes.

After such a journey he was intrigued and naturally began combing the wiki for as much information as possible before introducing himself.

Retrieved from "https://ppc.fandom.com/wiki/User:Caddy-shack?oldid=39026"
Community content is available under CC-BY-SA unless otherwise noted.