"Little Miss Mary" is a Legendary Badfic from the Harry Potter fandom.

It involves Harry Potter, said character acting like a small girl, dressing up in a Lolita fashion, and other things which are very much NSFW and NSFB.

The fic begins in some bizarre subspace where Harry is fourteen, but has already learned of the Order of the Phoenix and the Chosen One prophecy, yet Sirius Black still lives. During the summer, the Dursleys are killed in an attack on Privet Drive by Death Eaters. Harry, who is curled up under the counter rolling around and crying the entire time, is rescued by Severus Snape, who decides that it wouldn't hurt to "indulge (his) secret fantasy kink" while they're running away, and gives Harry shoulder-length hair and a Catholic schoolgirl uniform. Instead of hexing Snape into a sea slug and jumping up and down on it, Harry enjoys this. Then, Snape reveals his Muggle identity as "John Aberforce," a painter in a small Muggle town, and tells Harry that he'll be passed off as "Mary," "John's" niece.

(WARNING: This is as NSFW and NSFB as "Celebrian" or "Subjugation.")

The point where it de-blurs is sometime in Chapter 2 when Snape and Harry have sex on top of a Druidic altar; this point is notable for Harry saying "He really does feel like he's about to come out of my stomach," "he" referring to Snape's enormous penis. This sex binds them to the wards of Snape's house, which later becomes a major plot point to defeat Voldemort.

Note that Harry is fourteen during almost all of this, and is screwed on the altar on his fifteenth birthday.

Later, Harry insists he wants Snape's babies by becoming a hermaphrodite; after some reluctance, Snape agrees. The summer ends, and they return to Hogwarts. With their newfound power from the wards, they intimidate Dumbledore into giving them linked rooms. Madame Pomfrey and Minerva McGonagall find out, but approve of the relationship. All through this, the author speaks through Harry by insisting that he is NOT being taken advantage of and really, really loves it.

After Hogwarts lets out, Harry and Snape travel around England and Greece, linking themselves to "magical ley lines" and becoming masters of the elements.

They destroy Voldemort in an overly dramatic way using their powers from the magic ley lines — though, since his brains run out his ears at one point in the process, perhaps they just showed him this fic.

Harry and Snape are married, as are Ron and Draco, Hermione and Blaise, and Remus and Sirius.

Harry undergoes the hermaphrodite-ritual with the aid of Hermione, McGonagall, and Pomfrey.

Finally, Harry gives birth to twin boys and all is well. 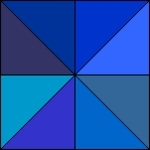 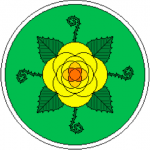