Azeroth is the main planetary setting of the Warcraft strategy game and World of Warcraft MMORPG. It consists of four main continents (three, prior to the Mists of Pandaria expansion), a scattering of islands both open and closed to players, and the fierce Maelstrom, through which players must travel to reach Deepholm.

In addition to the aforementioned land masses, Azeroth has three main seas: the Great Sea, in which the Maelstrom is situated; the Veiled Sea to the west of Kalimdor; and the Forbidding Sea to the east of the Eastern Kingdoms.

Azeroth has two moons, called the White Lady and the Blue Child.

Located to the west of the Maelstrom, Kalimdor is home to the night elves, draenei, goblins, orcs, trolls, and tauren, as well as several other groups including demons, ogres, naga, and centaurs. The continent has three major islands: Azuremyst Isle, Bloodmyst Isle, and the new world tree Teldrassil.

In the ten thousand years between the War of the Ancients and the Battle of Mount Hyjal, Kalimdor was primarily controlled by the night elves. However, in the years following the Battle of Mount Hyjal, the night elven rule has gradually given way as the tauren have settled into a more centralized system and welcomed their allies – the trolls and the orcs – into their lands. The arrival of the draenei on the Azuremyst and Bloodmyst Isles has added a fourth power to the continent.

In light of the recent Cataclysm, the Horde have begun to push farther into lands once belonging to the night elves, sending parts of the continent into open war.

One of two isles controlled by the draenei, Azermyst Isle is home to the Exodar wreckage, which acts as the capital city of those draenei who remain on Azeroth. It consists of three separate, closely situated islands: Azuremyst, Silvermyst, and the Amen Vale.

Dissimilarly to Bloodmyst Isle, Azuremyst appears to be very minimally effected by the wreckage of the Exodar, with only a scattered few cases of mutations that are mostly animated, relatively passive plant life. A few of the creatures in the Ammen Vale have also been mutated or otherwise contaminated, but these, too, are passive unless attacked.

Azuremyst Isle rarely comes under attack by Horde players, as it is difficult for the opposing faction to reach Azuremyst without taking a ship from the Alliance settlement of Rut'theran Village.

The second isle controlled by the Azeroth draenei, Bloodmyst Isle (previously called Silvergale Isle) is often the next destination for ambitious young draenei who have finished working to secure and repair Azuremyst Isle. Bloodmyst has been badly ravaged by the radiation from the Exodar's crash, and the creatures and plant life of the island have been mutated and grown largely hostile as a result of the contamination.

Bloodmyst is divided into two parts: the much larger contaminated area, and a small, relatively untouched strip to the southeast, cut off from the main island and likely protected from the contamination by a river running from shore to shore. Additionally, Bloodmyst Isle has two satellite islands: Wyrmscar Island and the Bloodcurse Isle.

Like Azuremyst, Bloodmyst is rarely attacked by members of the Horde due to its location in the middle of the Veiled Sea, travel to which requires an Alliance flight path or a jaunt from Rut'theran-connected Azuremyst Isle.

The new home of the night elven people, Teldrassil was initially a true island off the coast of Kalimdor. When the night elves moved their home to this island, the Circle of the Ancients and a group of powerful druids pooled their power to create a new world tree, though this was not blessed to grant the night elves immortality, unlike its predecessor Nordrassil. Teldrassil now dwarfs the old world tree and houses several night elven settlements, including travel hub Rut'theran Village and the night elven capital of Darnassus.

Teldrassil initially suffered a demonic corruption, the source of which was unknown until it was discovered that a tainted branch had been purposefully grafted to the larger tree, infecting the rest of it and contaminating the flora and fauna that inhabit Teldrassil. This taint has since been removed, and while there are still lingering traces of the contamination, the new world tree is well on the way to becoming fully cleansed.

As with the Azuremyst and Bloodmyst Isles, Teldrassil is rarely attacked by members of the Horde due to the difficulty of reaching the tree itself.

Situated to the east of the Maelstrom, the Eastern Kingdoms are comprised of three smaller continents (technically these are subcontinents, but this term is never used in any of the lore or the game itself) – Lordaeron to the north, Azeroth to the south, and Khaz Modan at the center – and are home to the Forsaken, blood elves, humans, gnomes, and dwarves, as well as several neutral races such as ogres, gnolls, and naga. The Scourge maintain a prominent foothold in the northern regions of the Eastern Kingdoms – most notably the northern regions of Lordaeron – and the demons of the Burning Legion are given an open door to Azeroth by means of the still-active Dark Portal in the Blasted Lands, located in the continent of Azeroth.

Similarly to Kalimdor, the Eastern Kingdoms are a politically divided region, with the Alliance maintaining footholds in Azeroth and Khaz Modan and the Horde controlling much of the lands in Lordaeron. Additionally, the Eastern Kingdoms are surrounded by three islands: Quel'Danas, north of the coast of Quel'Thalas; and Tol Barad and the Tol Barad Peninsula, both located in Baradin Bay. Vashj'ir, an ancient night elven settlement swallowed up by the Great Sea during the Sundering, lies a ways off the western coast of Khaz Modan.

The northernmost continent of the Eastern Kingdoms, Lordaeron was one of the Seven Kingdoms to emerge during the collapse of Arathor. It was ruled by the House of Menethil until its fall at the hands of the Scourge, and its capital city is remembered to have been a spiritual destination for people from each of the Seven Kingdoms. Additionally, it was the Lordaeron Empire that offered sanctuary to the refugees of Stormwind when that kingdom fell to the Orcish Horde at the end of the First War, and spearheaded the first Human Alliance during the Second War.

Named for the titan Khaz'goroth and located in the central Eastern Kingdoms, Khaz Modan (sometimes referred to as Loch Modan, though this is actually a zone located on the continent and not the continent's true name) is a dwarven kingdom initially ruled by the Ironforge clan, which later split into the Bronzebeard, Wildhammer, and Dark Iron clans. It is the starting zone for dwarf characters and home to the dwarven capital city of Ironforge.

While it remains firmly under the control of the Ironforge dwarves, political unrest between the three ruling clans and incursion by the Twilight's Hammer remain constant threats to the overall stability of this continent, and matters were not helped by the chaos following the Cataclysm.

Also referred to as the continent of Stormwind, Azeroth is the southernmost continent of the Eastern Kingdoms. The continent was controlled for some time by the Horde during the Second War, but has since been almost entirely freed and brought under the jurisdiction of the Kingdom of Stormwind (though it is unclear whether Stranglethorn Vale is actually a part of the kingdom).

Despite being wholly controlled by the Alliance, several regions of the continent of Azeroth – most notably Duskwood, Stranglethorn Vale, and the Blasted Lands – are contested between the Alliance and incursions or remnants of the Scourge, the Horde, and the Burning Legion, respectively.

As King of Stormwind, it can be safely assumed that Varian Wrynn rules the continent of Azeroth as a whole.

Located to the north of the Maelstrom, Northrend is the icy, northernmost continent of Azeroth. Often referred to as "the roof of the world" or "the crown of Azeroth," this continent is home to Icecrown Citadel and the source of the undead Scourge. It was first opened to World of Warcraft players in the Wrath of the Lich King expansion, where it served as the final battlefield against the quickly rising Scourge and the previous Lich King, the fallen paladin Arthas Menethil. As far as the lore is concerned, Northrend plays few other roles in the events that grip the rest of Azeroth, though it remains an open zone in-game.

The Dragonblight – an icy, barren region of Northrend sought by dying dragons of all flights as an ancestral graveyard – is best remembered as the source of the remains used by the Scourge to create the horrific frost wyrms, despite being zealously guarded by the blue dragonflight. It is arguably one of the most iconic regions of Northrend, along with Icecrown Citadel and the Borean Tundra.

Located to the south of the Maelstrom, Pandaria is the hidden home of the Pandaren, a race with ancient, now severed ties with the night elves. The island nation is rumored to be built on the back of a giant turtle, and was only very recently discovered by forces of both the Horde and the Alliance – and then only by accident.

As of the release of the Mists of Pandaria expansion, the island as a whole appears to be modeled quite strongly after ancient Chinese architecture and mythology.

Seas and the Maelstrom

Located at the center of the known world of Azeroth, the Great Sea came into being when the events of the Great Sundering split the ancient continent of Kalimdor into its four smaller components: present-day Kalimdor, Northrend, the Eastern Kingdoms, and Pandaria. The Great Sea is the most commonly traveled of the three Seas, and is infamous for the Maelstrom located at its center, where the Well of Eternity once stood.

The Maelstrom is all that remains of the ancient Well of Eternity, and was created when the Well collapsed in on itself during the events of the Great Sundering. At the center of the Maelstrom lies an area known as the Eye, through which players must travel to reach the empires of the markrura and the naga. It is implied that the Maelstrom is gradually drawing the Broken Isles toward itself, which will inevitably lead to the destruction of these isles forever.

Though it was originally believed that Deathwing emerged from the Deathwing Scar at the start of the Cataclysm, it has since been verified that the black leviathan's true reemergence was from Deepholme via the Maelstrom, causing further chaos in the already tormented rift of the world.

For fairly obvious reasons, all ship and zeppelin routes crossing the Great Sea go out of their way to give the Maelstrom a wide berth.

Located to the west of Kalimdor, the Veiled Sea likely receives its name from the slight mist that can be observed above the waters from flight paths, voyages, and most coastlines from which it is visible. This sea may or may not merge with the Forbidding Sea in the unexplored regions of Azeroth.

The Forbidding Sea lies to the east of the Eastern Kingdoms, and is largely unexplored and uncharted. It may or may not merge with the Veiled Sea in the unknown regions of Azeroth. 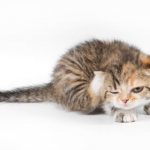 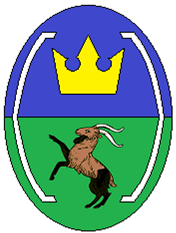